The Spotlight is on Hope Summer Repertory Theatre 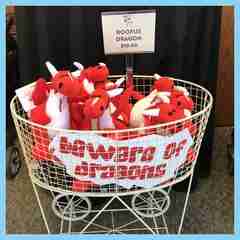 Anne, the managing director of Hope Summer Repertory Theatre in Holland, Michigan wrote to tell us that her group used our dragons as part of a musical theater production based on the popular children's book, Dragon Pack Snack Attack.

Prior to and after the show, the group sells merchandise and our dragons became the mascots for the production. The little ones were put into a “Dragon Pack Snack Pack” which includes the little dragon, a burger gummy, two gold coins and a sucker, all of which have to do with the story. In case you were wondering, the red dragon in the story is named Roofus, and the green dragon is Cuddlefluff. 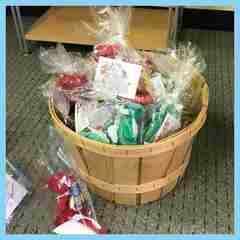 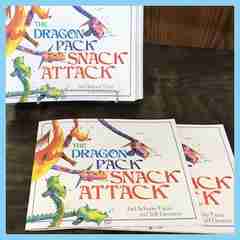 Anne told us that by this time next year, many more groups may be performing the same musical. Break a leg! Check out their Facebook page for future--and mostly sold out--shows.

Copyright © Plush in a Rush. All Rights Reserved.